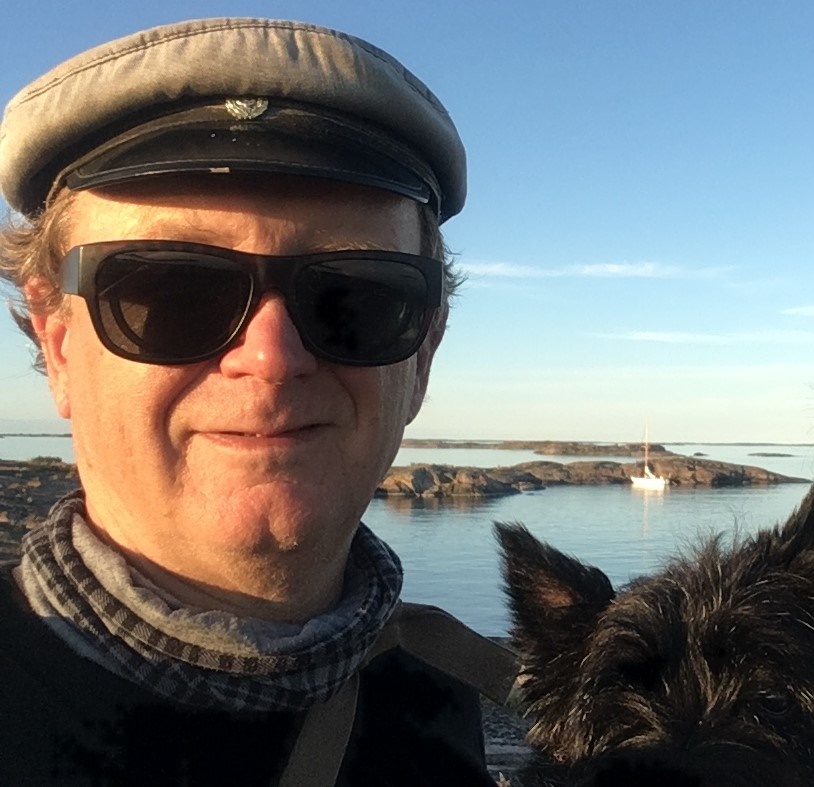 Matti Laine has been involved in cognitive neuroscience research in Turku since the very beginning, and he contributed to conceiving the Turku Brain & Mind Center. Matti’s specialty is clinical neuropsychology, in which he has conducted research throughout his career. As his main research subjects, the professor has studied language disorders, the processing of the Finnish language in the brain, working memory and executive functions. He studied and started his career at the University of Turku and has been a professor of psychology at the Swedish-language Åbo Akademi University in Turku for the past 20 years.

Starting a career in neuropsychological research

Matti says that he ended up becoming a researcher by chance. The late psychologist Raija Portin, who held the first university position in neuropsychology in Finland since 1965, played her part in the story. Through her, the young psychology student got an internship at the neurology policlinic, did his master’s thesis on the associations between brain atrophy and cognitive test performance, and became enthusiastic about the field.

“I looked for possible topics for my MA thesis at the end of the ‘70s and wasn’t really keen on the topics that were offered at the psychology department. I called Raija Portin at the Turku University Central Hospital neurology clinic and Raija said that she would have a topic, but it would require an internship with them. During the phone conversation, I decided that I would go to the neurology clinic for the compulsory psychology training and that’s really where it started.”

After graduation, Matti continued clinical work and worked, for example, at the Department of Physiology acting as an assistant in cat sleep research for a summer. At this point, his main research focus was on the neuropsychological disorders of chronic alcoholics. In 1981-1982, Matti did postgraduate studies in Boston as a research assistant to one of the world’s most famous aphasia researchers, professor Harold Goodglass.

“In the big Aphasia Research Center of about 70 researchers at the Boston Veterans Administration Hospital, I got excited about aphasia research. One floor had its own ward just for aphasia patients. There were weekly rounds where, for example, Norman Geschwind from Harvard and other famous researchers came to examine patients in front of a group of experts.”

Aphasia, an acquired language disorder, is most often the results of a left-sided brain damage, which manifests itself as problems in understanding and/or producing spoken or written language. The most common cause of aphasia is stroke.

Starting his own aphasia research

After returning from USA, the young neuropsychologist did clinical work at Turku University Central Hospital and a licentiate thesis on the problem-solving strategies of alcoholics, the material for which was collected in Boston in professor Nelson Butters’ research group. Matti also wanted to continue research on aphasia. At that time, he met Jussi Niemi, a linguist at the Joensuu University, with whom he began to conduct research on the manifestations of aphasia in Finnish-speaking patients. Matti studied aphasia patients in addition to his work as a clinical neuropsychologist at Turku University Central Hospital and thereby acquired research material that was analysed together with linguists. In 1989, Matti defended his PhD thesis on a subject related to aphasia: why can damage to the left frontal lobe make it difficult to start speaking, even though understanding and producing speech as such works.

“One of the reasons turned out to be too strong competition between the words that come to mind. Even when producing speech normally, relevant words compete with each other in our minds even though we are unaware of this, but due to damage to the left frontal lobe, the competition intensifies, making it difficult to start and maintain spontaneous speech.”

Matti did groundbreaking work in aphasia research, as there were hardly any neuropsychologists or other researchers specializing in aphasia in Finland at the time. In general, neuropsychology and speech therapy have diverged from each other, perhaps too much according to Matti, and research and treatment of language disorders belong to speech therapists and phoniatricians. The work was groundbreaking in examining how the special features of the Finnish language, such as its very rich inflectional system, are reflected in the symptoms of aphasia patients. This also revealed new information about how the brain processes the Finnish language, a language possessing features that cannot be studied for example with English-speaking participants as their language is structurally different.

“Finnish is different from English and the other dominant languages of Europe because we have a hugely rich inflectional system. For example, there are more than 2000 possible inflectional forms for each noun!”

Throughout the ‘90s, Matti mainly did aphasia research. In addition to aphasia patients, Matti and his research colleagues also performed reaction time tests on healthy controls and found that the processing of inflectional forms requires more time, presumably because they are chopped up and assembled on the fly in the brain.

“There are way too many inflections to have them all represented in our heads as entire words. Rather, the brain recognizes the morphemes and combines them into one word (i.e., AUTO/SSA à AUTOSSA ‘inside the car’). This causes a slight delay in recognizing inflected words compared to equally common and equally long non-inflected words. Based on the results, we developed a theoretical model of word processing in the Finnish language.”

A professorship at Åbo Akademi University and a new research direction

After about 20 years of clinical work, Matti left the Finnish-speaking world for a Swedish-language university, and in 2001 started working as a professor of psychology at the Åbo Akademi University in Turku. At this point, Matti and his colleagues also started cooperation with researchers from the University of Umeå and the Karolinska Institute in a large Nordic project. This collaboration concerned working memory training research, which had provided promising results.

“Quite sensational results had been reported in the literature: by intensive adaptive computerized training with working memory tasks, one could improve memory performance and increase intelligence. We started doing working memory studies in Turku as well, and this joint Nordic line of research focused on investigating the release of dopamine in connection with working memory training at the Turku PET Center.”

“However, regarding the working memory training, the initial big promises that had been launched in the international research literature did not hold. Further, methodologically more stringent research showed that training does have an impact, but you only get better at the task you’ve trained on and at tasks that closely resemble it. A reliable generalization effect is absent. This is true also in our own meta-analysis and in our individual experiments.”

The latest project led by Matti and funded by the Academy of Finland is a continuation of the working memory training project and deals with memory strategies. There is no magic pill for improving memory or intelligence, but using effective memory strategies does improve memory performance. Although memory strategies have been employed since ancient times, they have been studied relatively little. The results of this project show that the development of strategies for new demanding memory tasks is most lively during the first minutes into the task, after which the task performances begin to differentiate depending on how each task is best handled.

“These results mean that demanding memory tests measure different things at the beginning than at the end, even if we are talking about tasks that last only a few minutes. Completing new tasks can be considered as learning a cognitive skill, where creating and experimenting with an initial strategy is followed by the gradual formation of a task routine.”

However, research related to language has continued, and for these, Matti has collaborators in Philadelphia and Barcelona. The aim of the current line of research is to investigate the ability to learn new words in persons with aphasia. This is to evaluate and, if possible, also stimulate the language learning potential of people with aphasia, which is of great importance in terms of rehabilitation.

“Several years ago, I rummaged through old ethnological books in the city library and looked for drawings of objects that were used in agriculture sometime 100-150 years ago, but which no one knows anymore. Out of these, I made research materials nowadays known as the Ancient Farming Equipment for testing the learning of new words, and now these have also been used internationally, e.g. by colleagues in Australia and in Sweden.

Matti is about to retire from his position as professor of psychology, but is still very active in research. As his latest project, in cooperation with Aalto University Academy researcher docent Juha Salmitaipale and doctoral researcher Erik Seesjärvi (Helsinki University Hospital, University of Helsinki), Matti has developed the EPELI virtual game that simulates situations that require executive functions in everyday life, which is intended to help e.g. in differential diagnosis and rehabilitation of ADHD. Preliminary results show that with the help of game performance, it is possible to distinguish children diagnosed with ADHD from control children surprisingly well. Also, the FinnBrain research uses this game in the 9-year measurement point study visits which have just started.

At the end, he mentions that he is working on a new edition of the international textbook on anomia published in 2006 with his long-time collaborator Professor Nadine Martin at Temple University, USA. There is still much going on and this prolific professor will hopefully continue his research even when retired.